Welcome to v7.11.0, the 20B release of Bixby Developer Studio. This release introduces a new tab for Release Notes in the editor, improvements to Simulator and Stories, and several bug fixes.

We've introduced a Release Notes tab in the editor. The links to the release notes can be found in the Welcome tab. 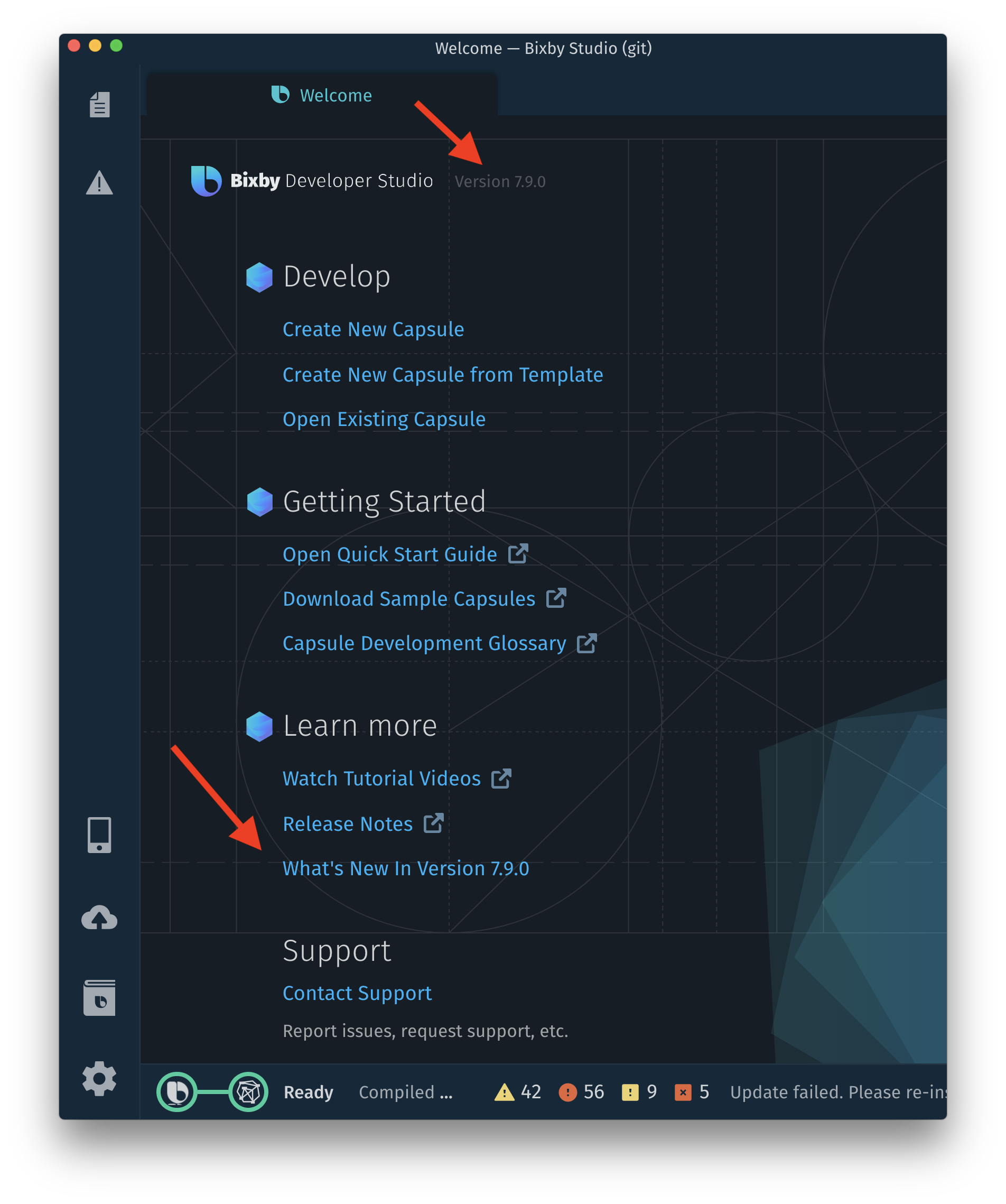 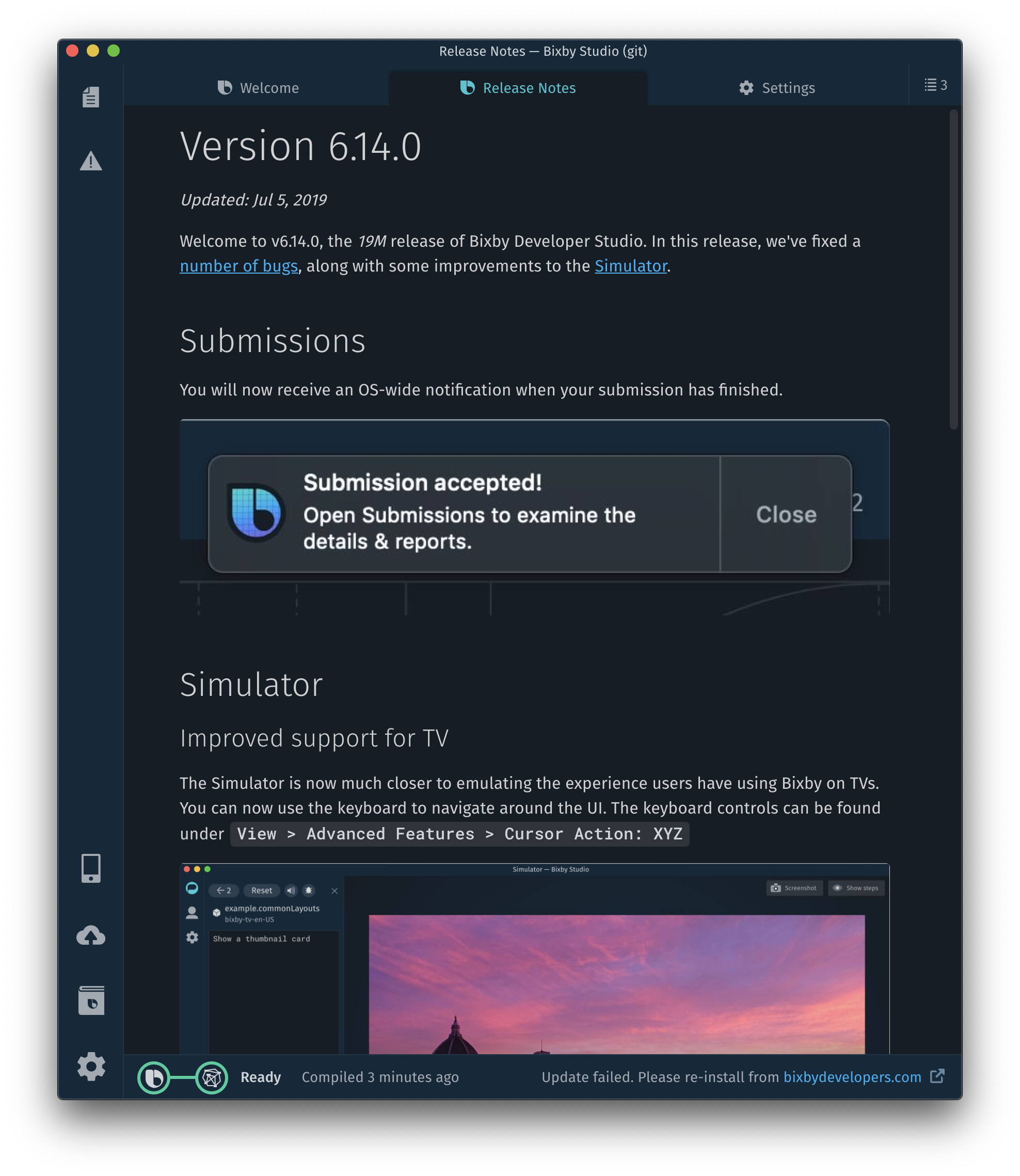 The release notes tab will automatically open when you start Bixby Developer Studio with a new version, unless it is a fresh install.

Until now, you could not use the Export Story button in the Simulator to export deleted steps. As a result, you couldn't create stories that involve transactions. Now you can export stories, and every step is included in the story, even those that are deleted during the process.

Here's what the new export story flow looks like when you use the shirt sample capsule to select a shirt, select a size, and buy the shirt: 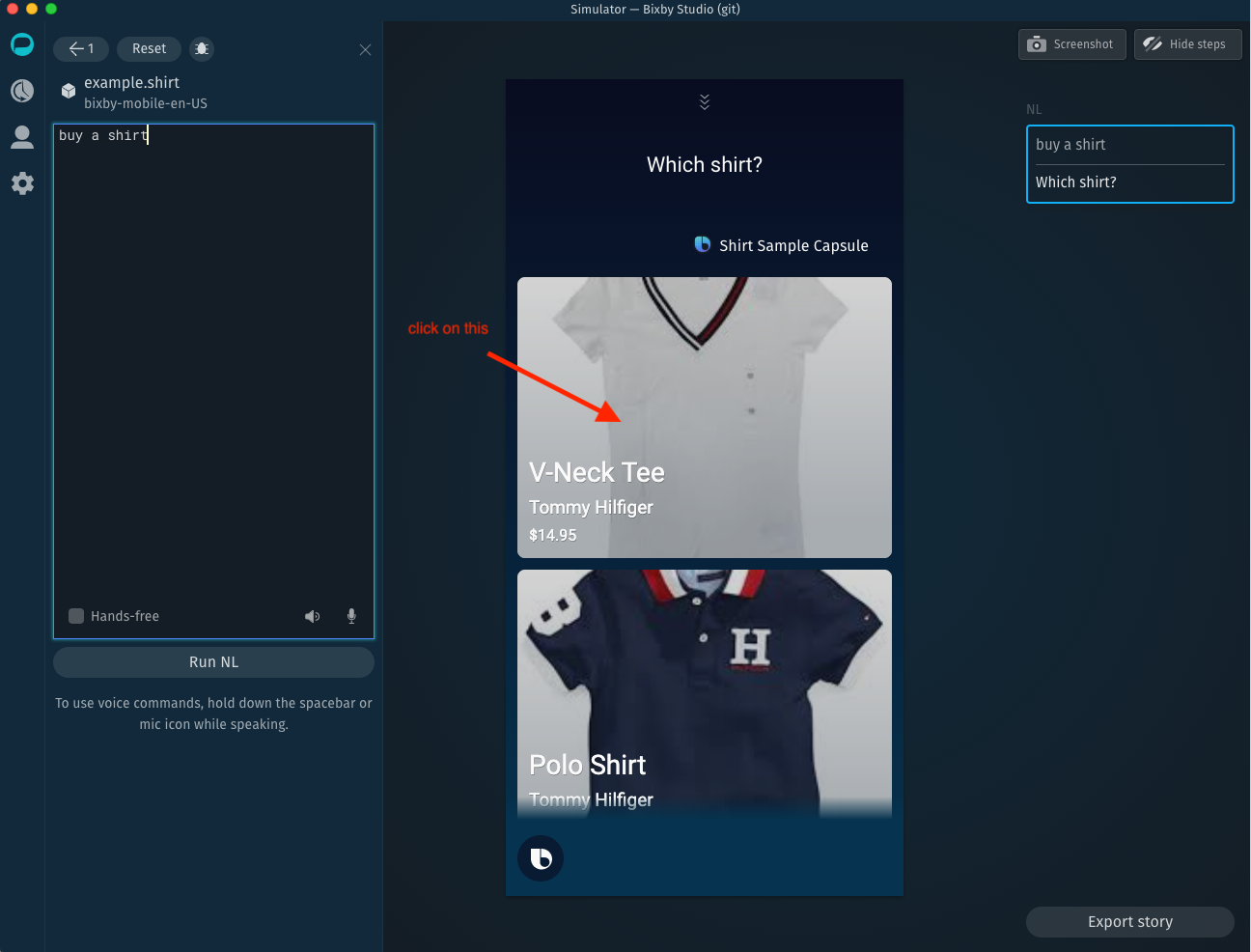 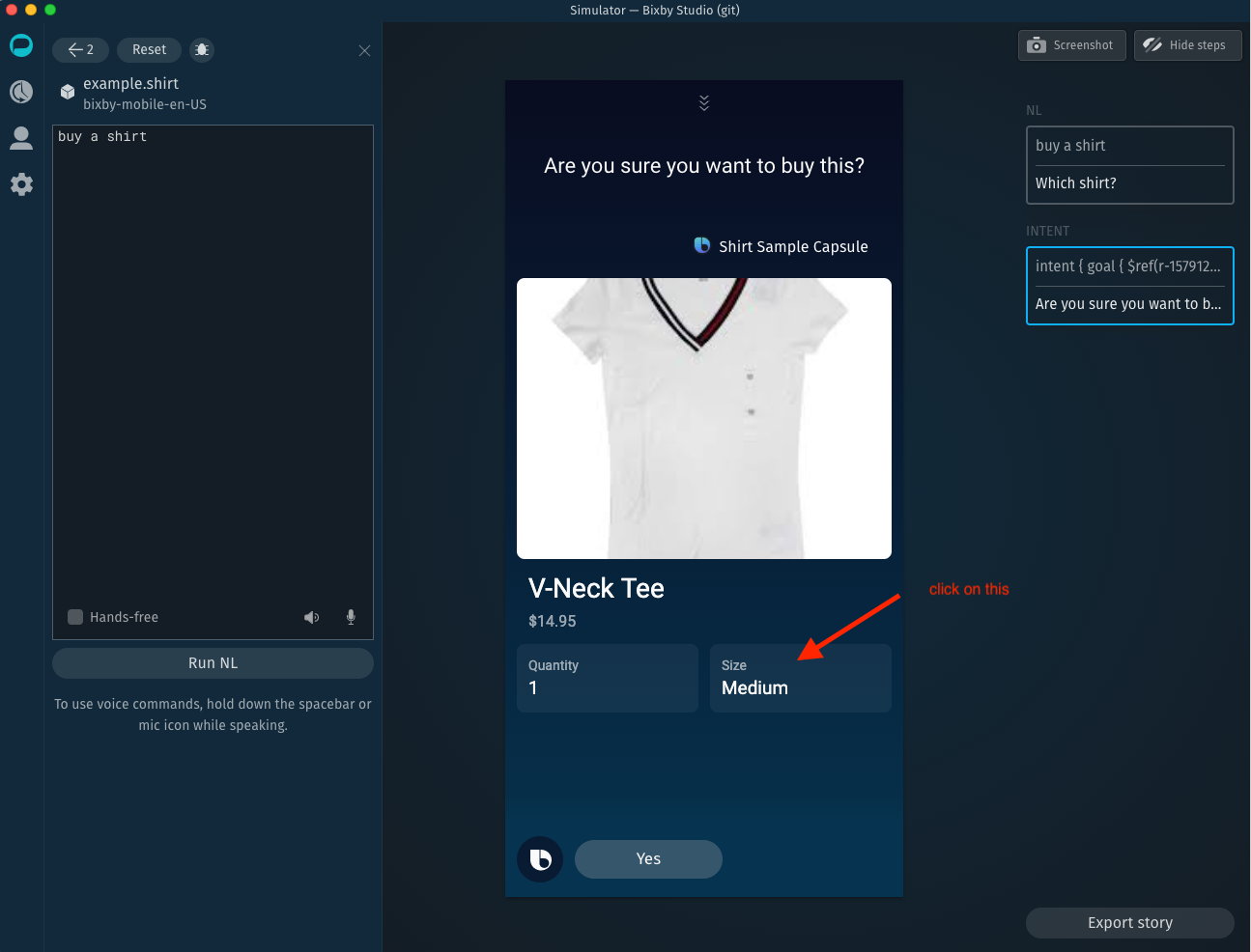 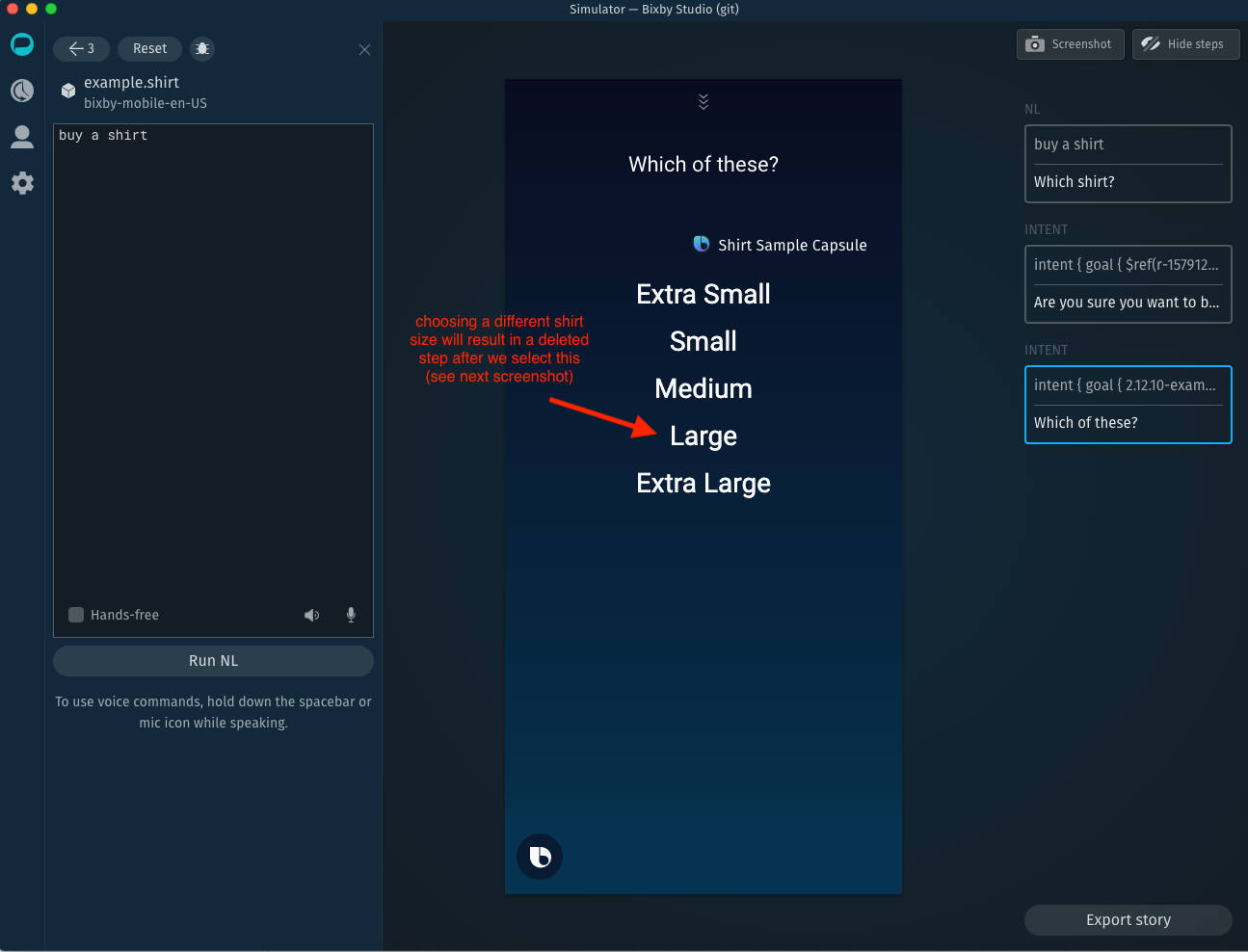 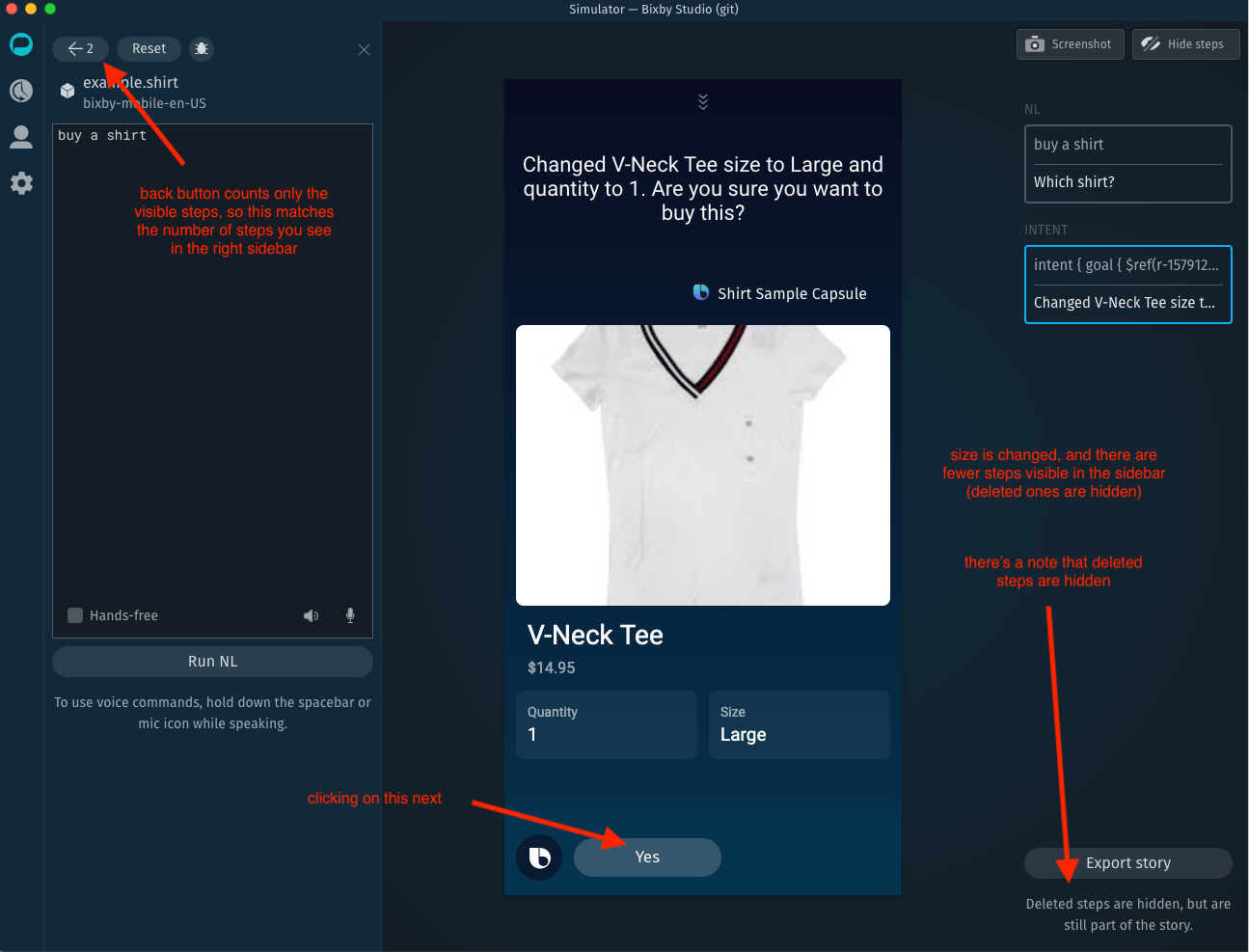 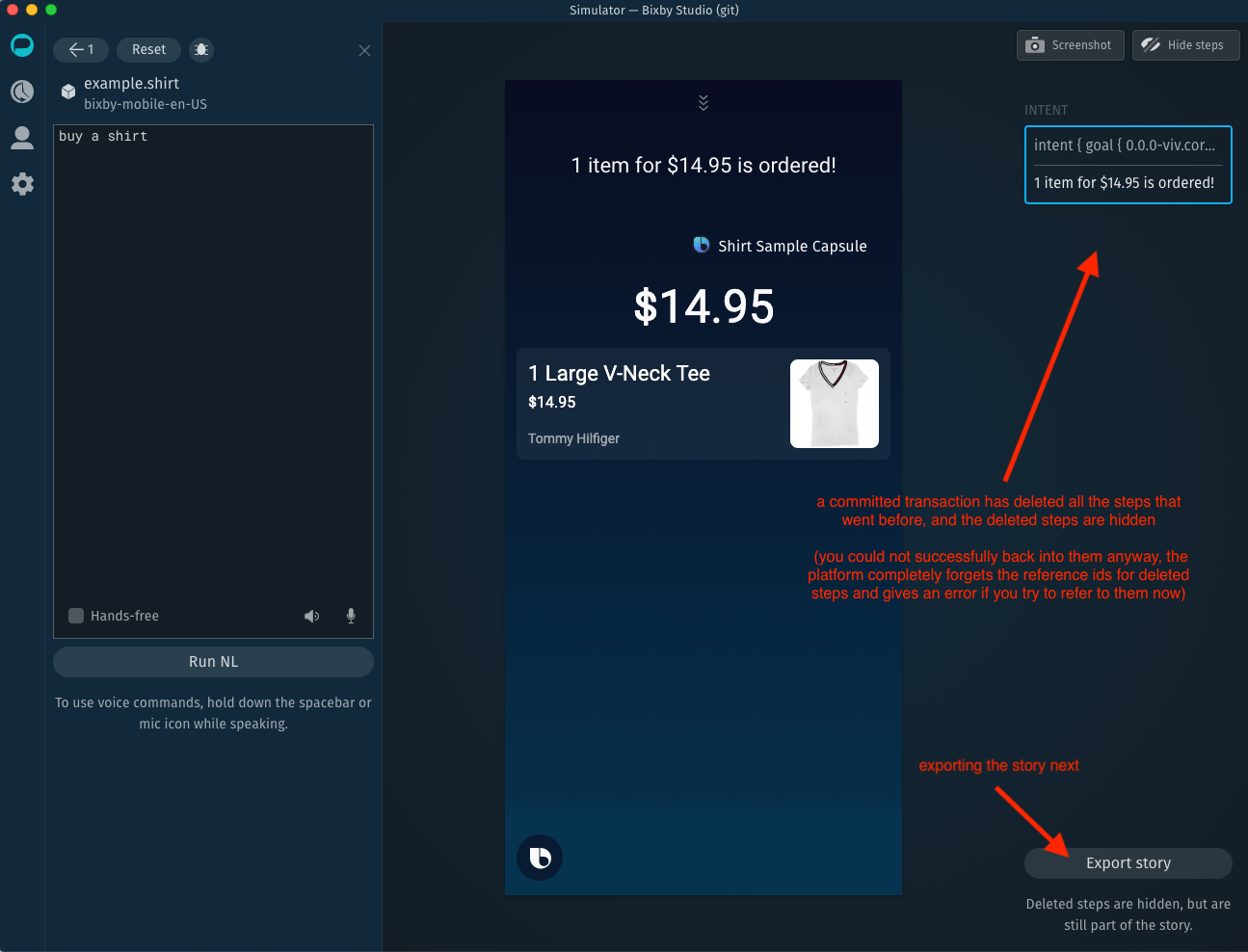 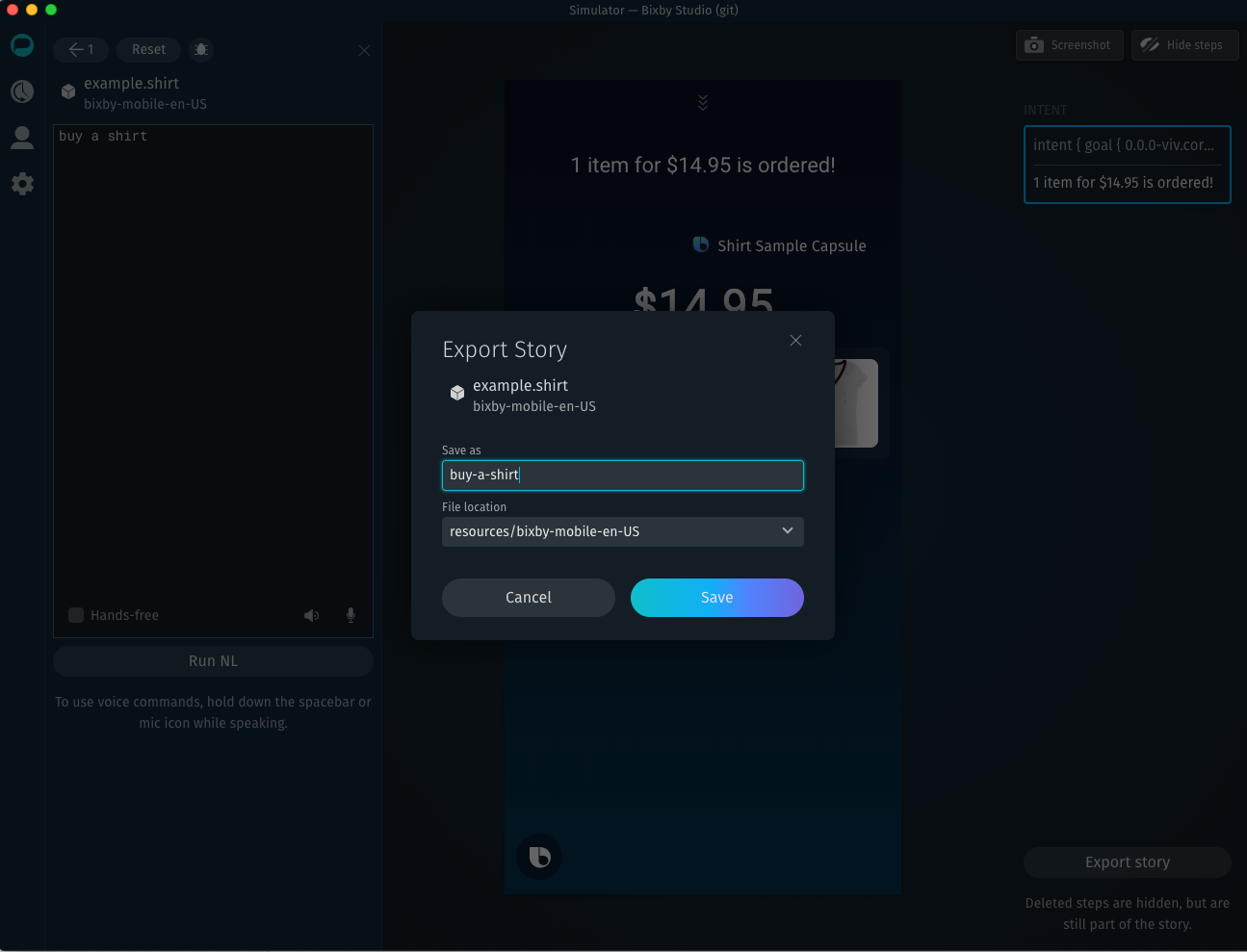 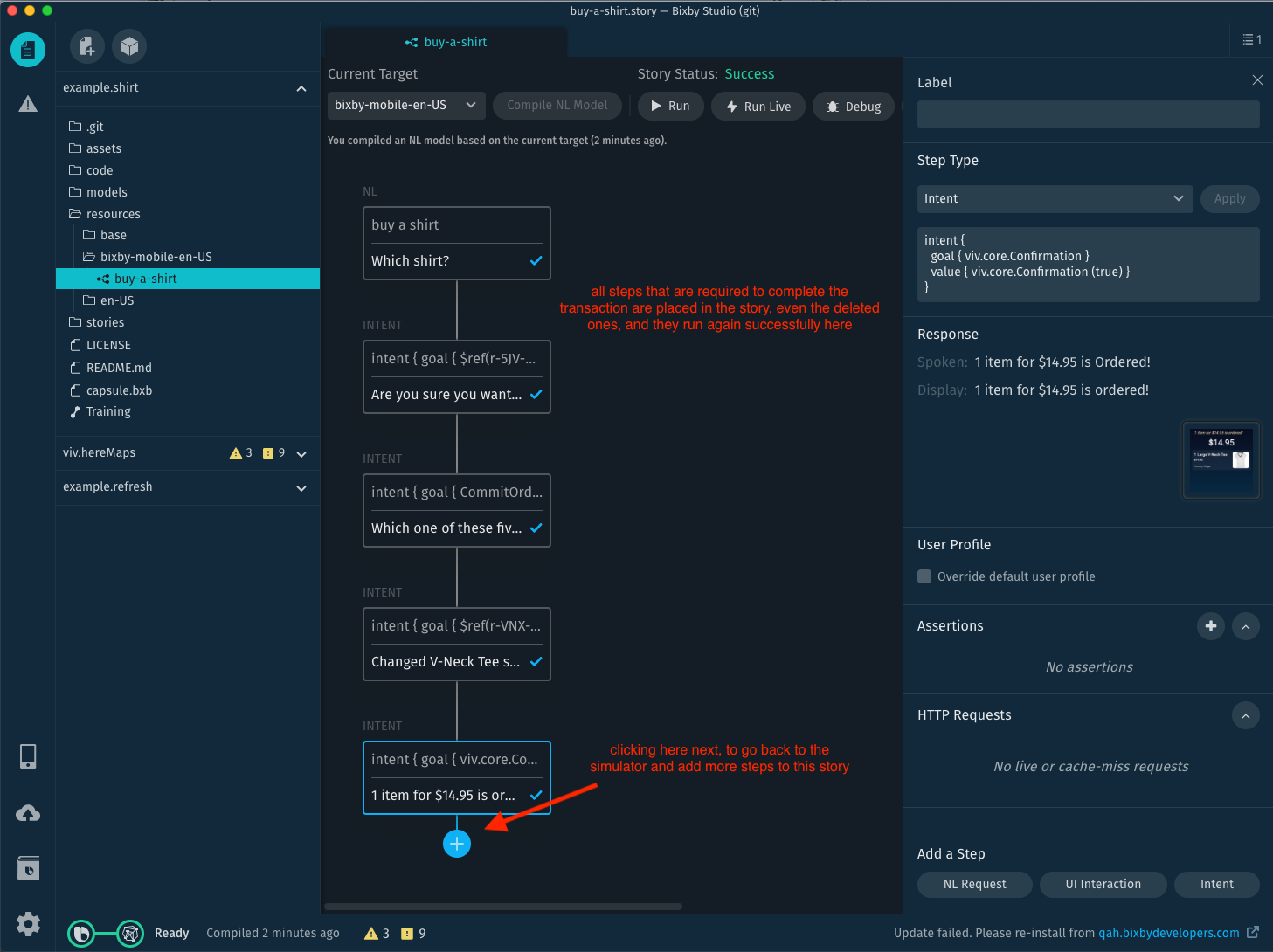 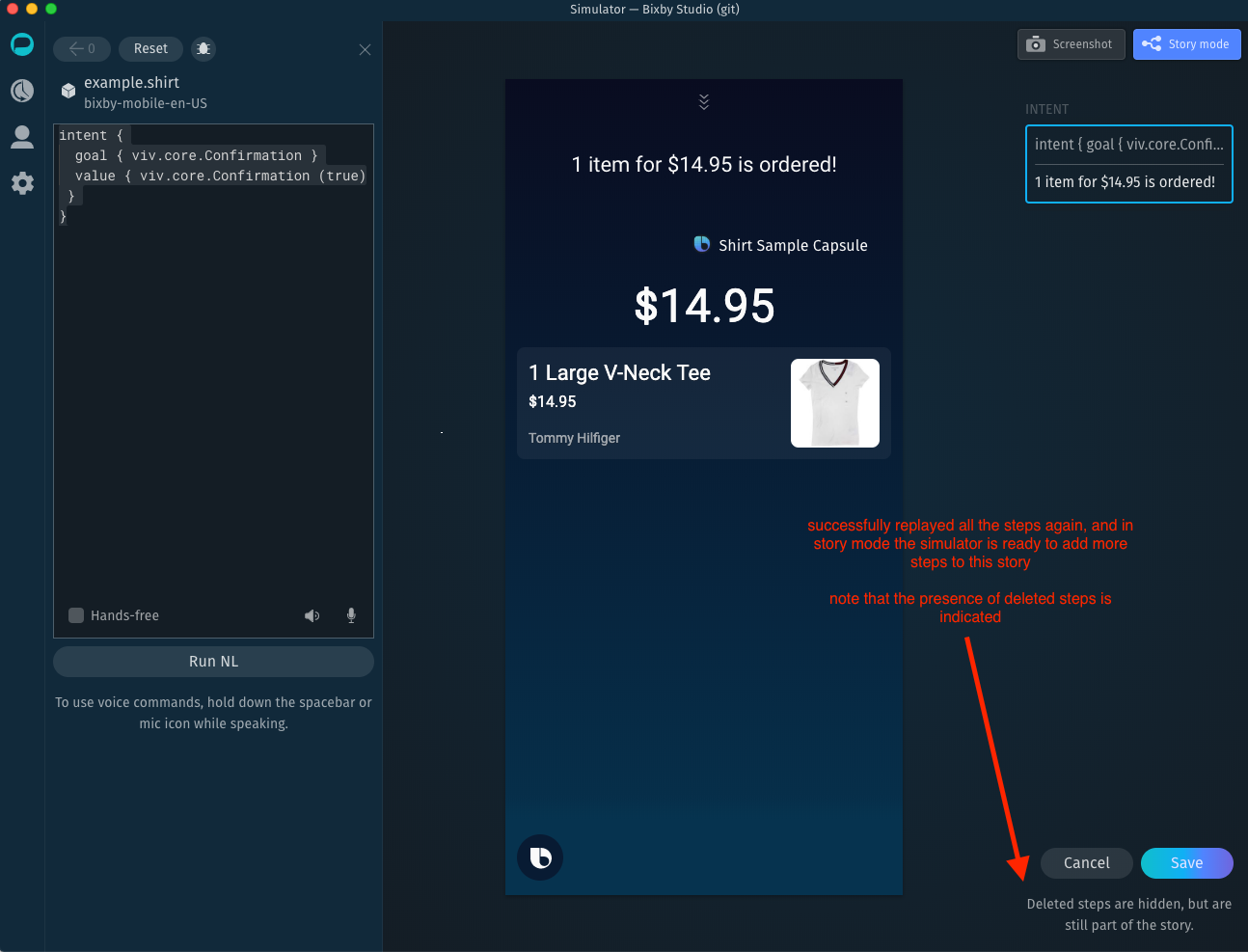 We've updated the keyboard shortcuts to toggle the sidebar and the panel. 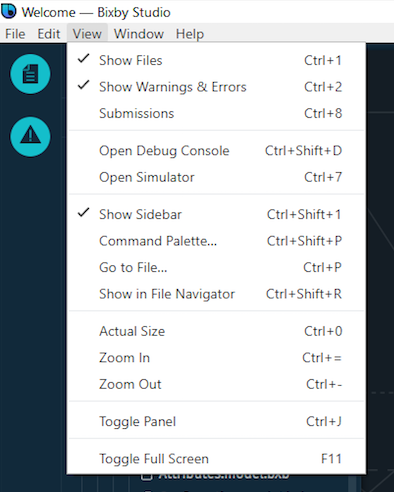 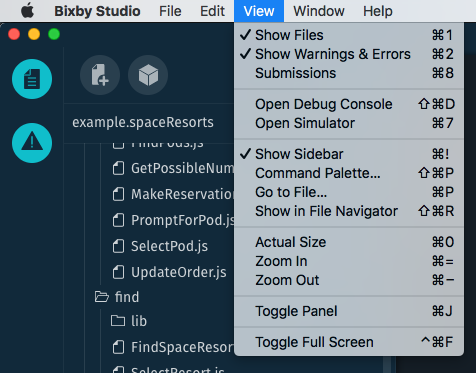 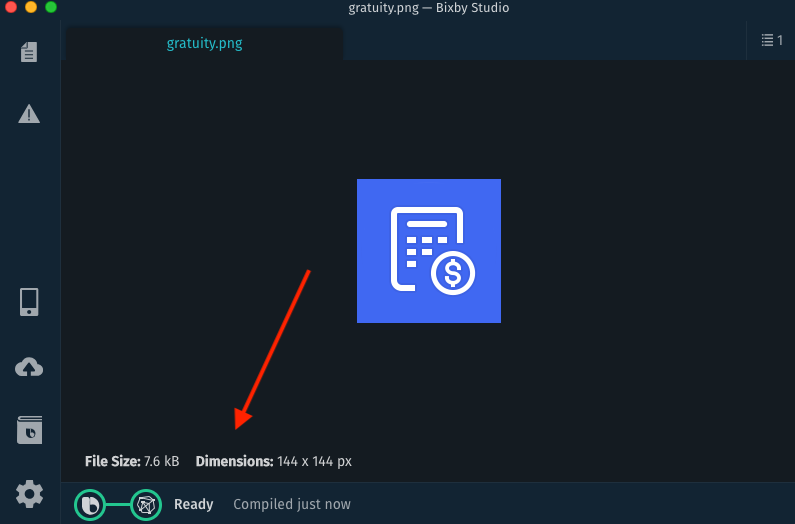 Special directories (Stories and Training) are now expandable in the Explorer: 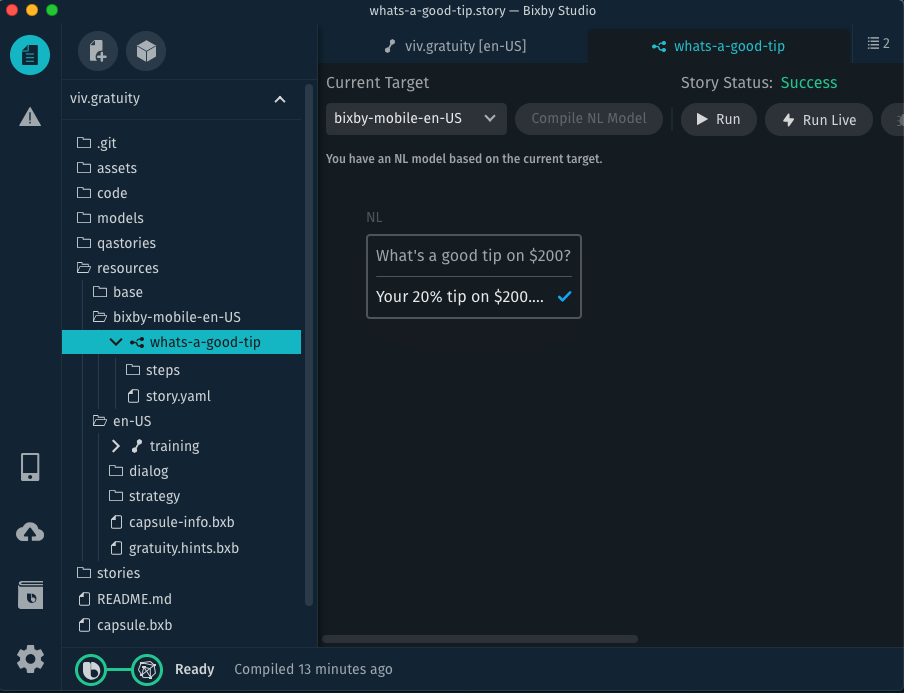 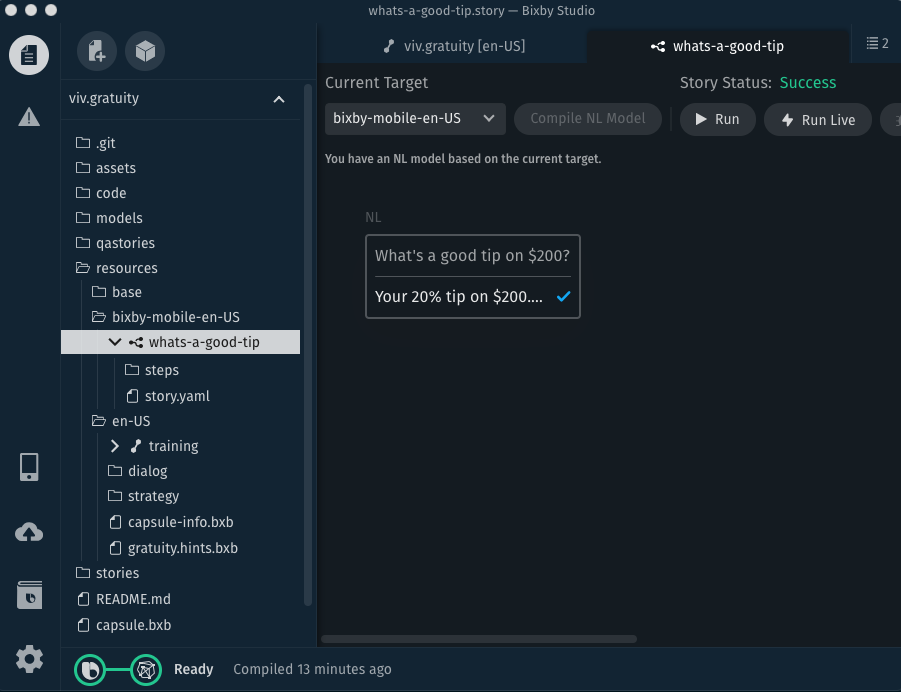