Welcome to v6.14.0, the 19M release of Bixby Developer Studio. In this release, we've fixed a number of bugs, along with some improvements to the Simulator.

You will now receive an OS-wide notification when your submission has finished.

You will find a new "Screenshot" button located in the top-right of the Simulator window. If you click this button, Bixby Studio captures and saves the screenshot to a file in your workspace.

The Simulator is only able to capture what is visible on your display. For best results, ensure the Simulator window is as large as possible. 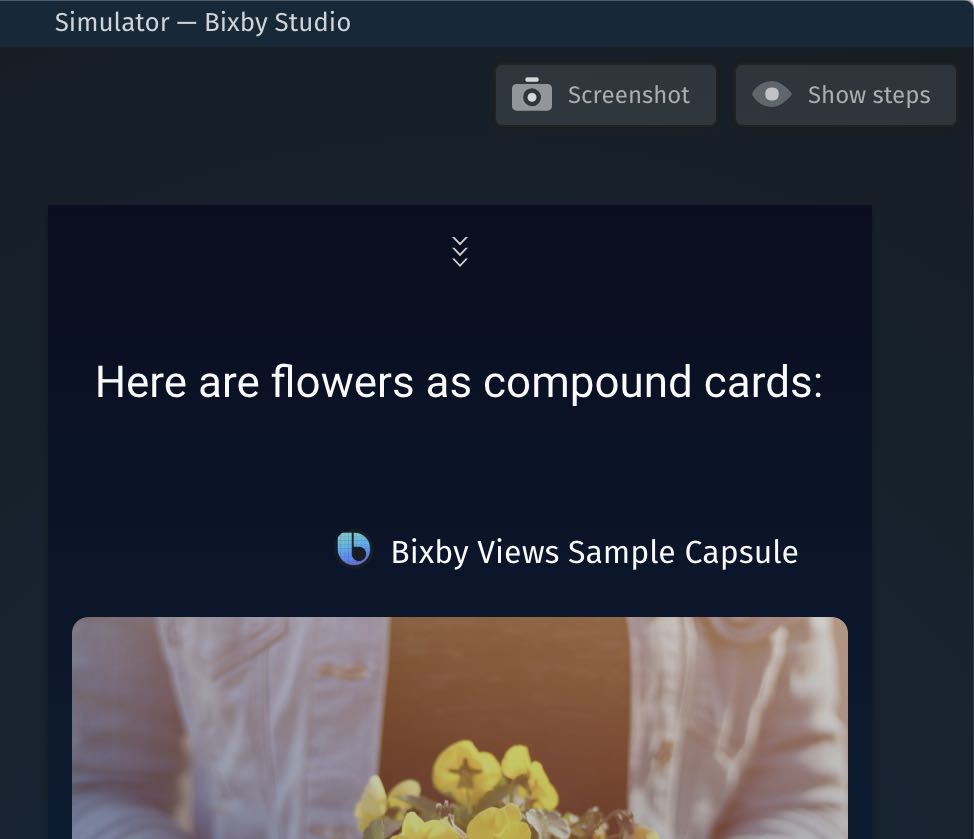