In this guide, you'll learn how to use the following:

Sometimes Bixby needs confirmation from users in order to proceed to the next action. This is when the Ask nodes are handy.

The Ask Confirmation node asks the user to confirm (or cancel) the following actions in the execution graph.

The Ask Confirmation node takes in the following input parameters:

You can configure the node with:

The following example explains an action flow for the command "Set the volume of the #{Device}". 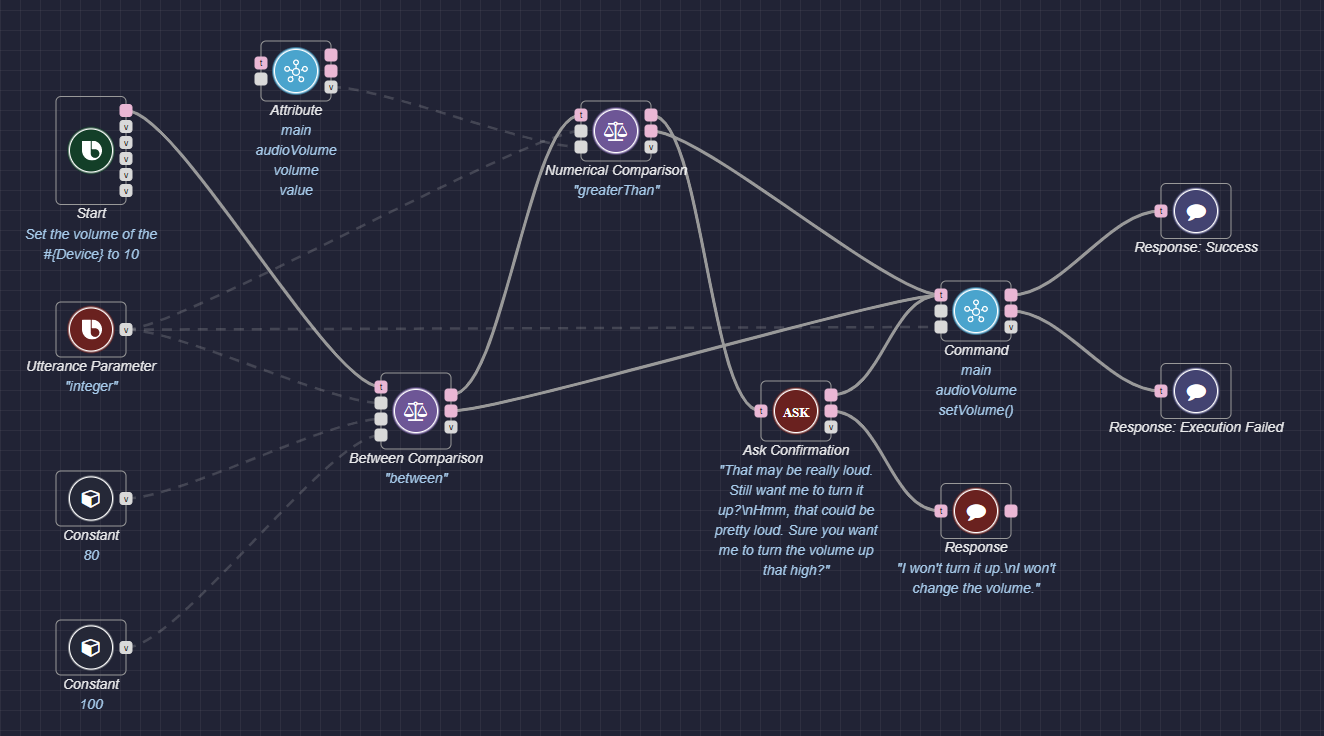 The Ask Selection node asks the user to select from the list of choices and returns the selected choice with a zero-based index.

The Ask Selection node takes in the following input parameters:

-Dialogue: Select or specify dialogue that need to be provided to the user.

Follow the steps mentioned below for Ask Selection Node support: