In this guide, you'll learn how to:

Example: "Set the brightness of the bulb to 25."

This is the simplest action flow for this voice intent: 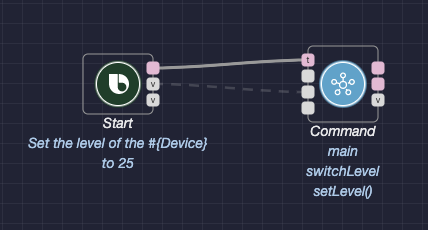 However, this action flow only works if the device is already on, such as in the Sending a Device Command With an Argument guide. What happens if the bulb is off and the user gives the command to Bixby?

In this scenario, an intelligent action from Bixby would be to turn on the bulb and then set the brightness to the user's desired value.

This guide helps you to incorporate this type of intelligent behavior into your device.

To start, you'll need to fetch the device's power status. To do this, add the Attribute Node and configure it to get the power status of the device.

Next, you need to create logic to check the power status and turn the bulb on if it is off. You need a node that triggers a specific execution path out of multiple options based on a condition.

To create this logic, use an Equal Comparison Node.

Drag an Equal Comparison Node from the action flow sidebar to the editor area.

In this example, the Equal Comparison Node compares the bulb's power status with the value "on." 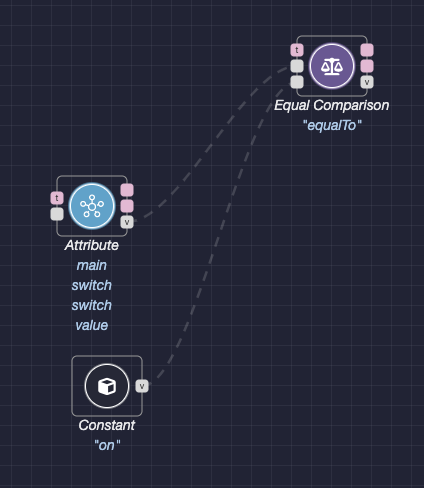 To configure the Equal Comparison Node: 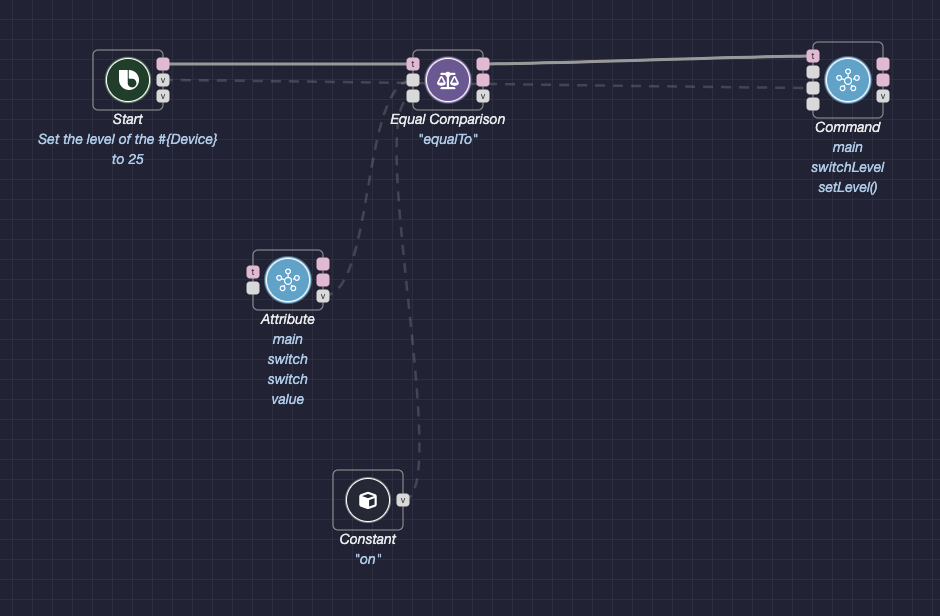 To achieve this concatenated flow: 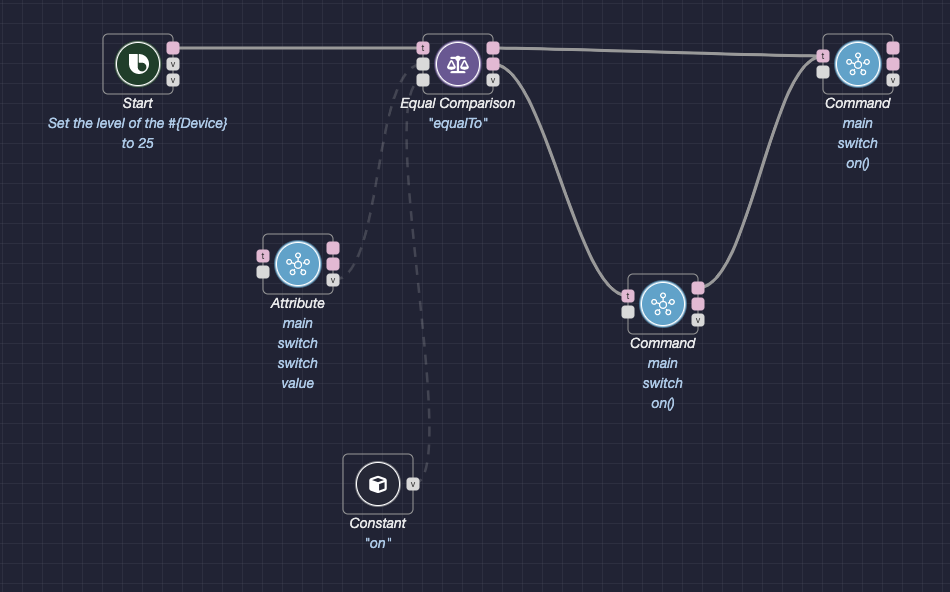 If the device is already on:

As the device is already in the on state, the execution path (denoted by the dashed green line) only sends the command to set the brightness. 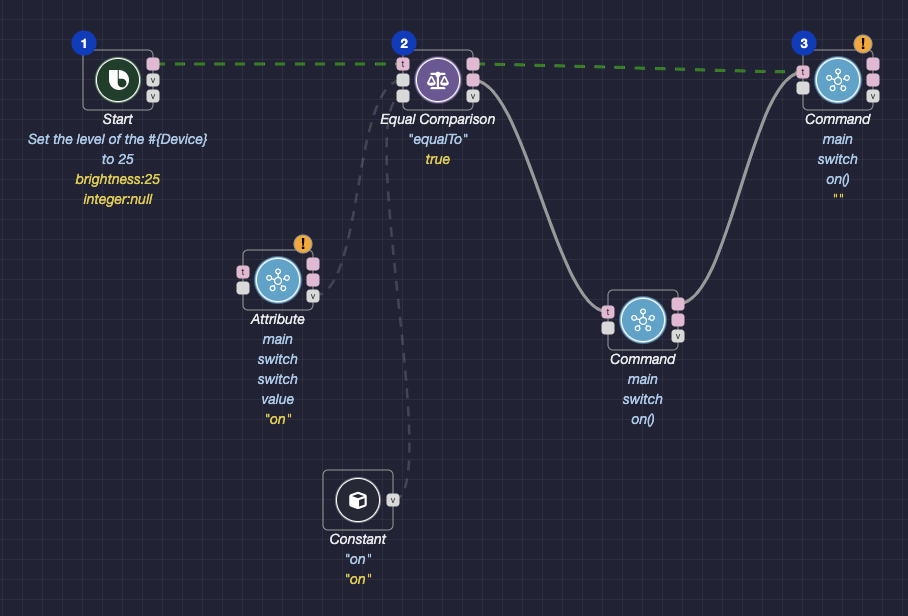 If the device is off: 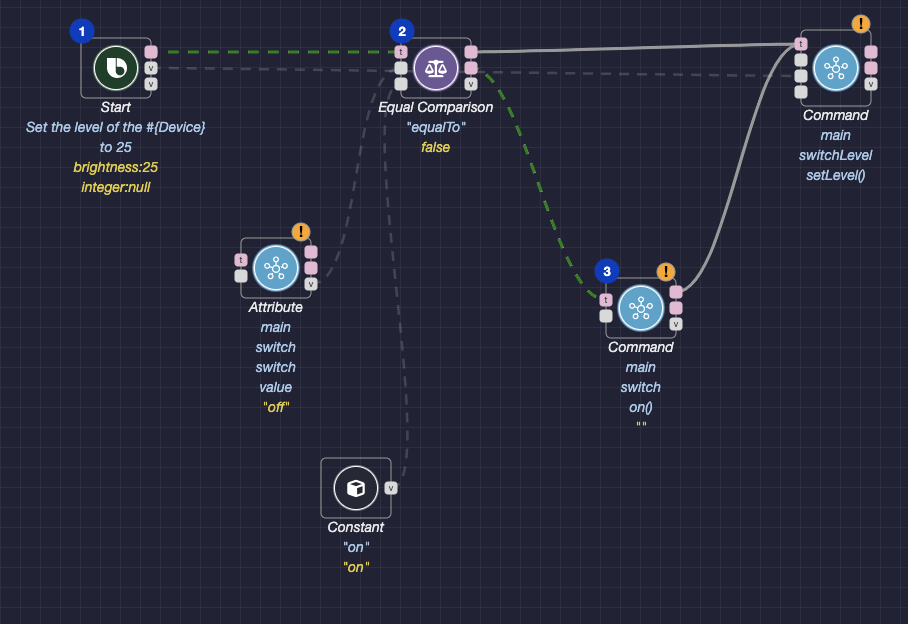 You can also make more complex graphs by using subgraphs.

For an additional example, see the "Set a Cooling Setpoint With or Without Temperature Unit" Sample Graph.