In this guide, you'll learn how to perform an arithmetic operation of addition using a Sum node in an action flow.

The goal is to define the action flow for the Brightness Increase voice intent for the device.

For this intent, the user is expected to give an integer value in the voice command: "Increase the brightness of the Bulb by 10"

As you learned by sending a device command with an argument, the parameter value (10) is passed down to the Utterance Parameter node. In the action flow, add an Attribute node, and configure it to fetch the current brightness value of the device. The values of the Utterance Parameter node and the Attribute node are passed to a Sum node, whose output will be used to set the final brightness of the device.

Finally, in the action flow, add a Command node with an argument as the output of the Sum node, and configure it to send a command to the device to set its brightness to the argument value, like in other guides.

First, let's look at the action flow without the Sum node: 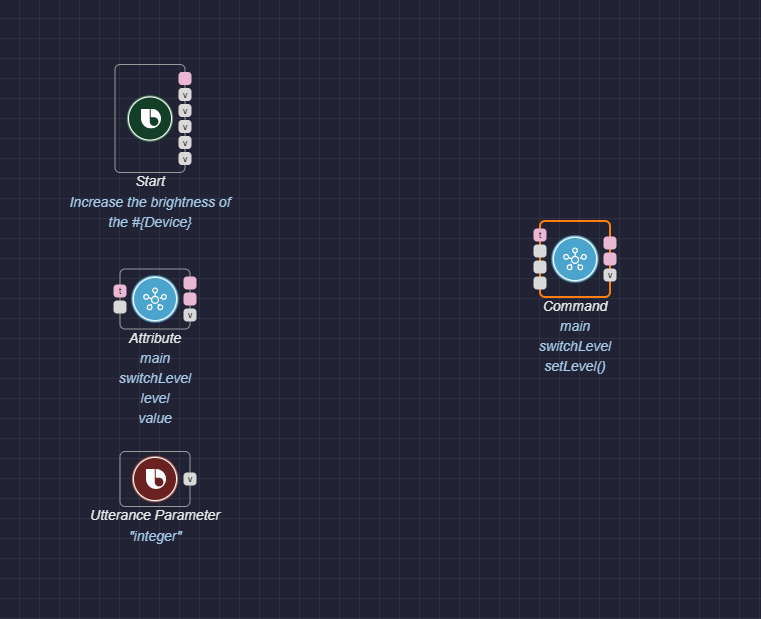 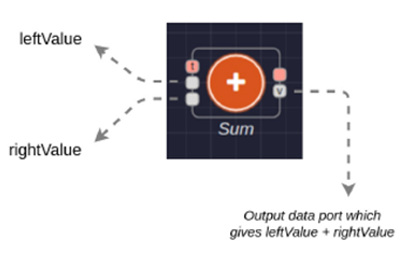 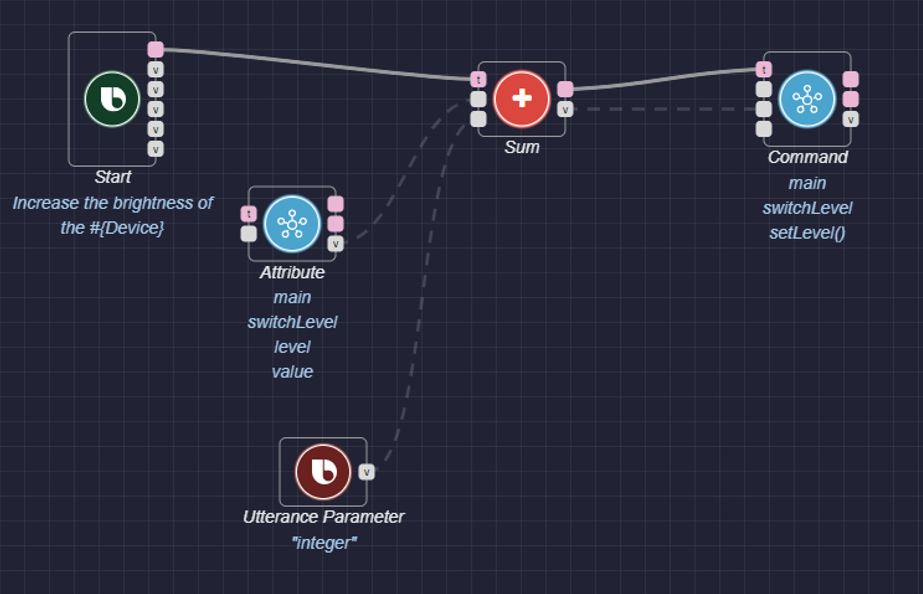 Test With Try It

When you test the action flow with the Try It button, observe that the current value of switch level is 40, and the user's utterance value is 10. These two value are fed into the Sum node, which gives the result of 40. This value is sent to the device using the Command node to set the switchlevel to 50.

Similarly, other arithmetic operations can be used to subtract (reduce by n), multiply (increase to n times), divide (reduce by n times), and perform similar operations.